Did you know that dogs have six distinct gaits? Most of us probably haven’t really given a lot of thought to our dog’s gait, but it turns out we probably should. Understanding canine gaits can help you notice right away if something is wrong. Here’s the difference between dog trotting, pacing, ambling, and more… plus why it matters!

What Makes Dog Gaits So Unique?

When you’re on your daily walk or playing with your dog, observing his gait can tell you when he’s becoming fatigued, has a paw pad injury, or if he’s experiencing muscle or joint pain. Understanding the way your dog moves is also helpful if you plan to get involved in canine agility or showing. Of course, it’s also super interesting for dog owners who simply want to understand their fur babies better.

Gaits are a big thing in horseback riding, but horse gaits and dog gaits are very different because their bone structure is different. For example, horses don’t have much flexibility in their spines. They also have about 18 ribs and a longer intestinal tract for digesting hay.

On the other hand, dogs have spines that are quite flexible. Their digestive system is much shorter, and they only have about 13 ribs. They’re built to make sharp turns and steer better. Dogs’ feet are also more sensitive and have the ability to grip on rough terrain.

Even more unique, the front half of a dog carries 60 percent of the dog’s weight. And, from a tiny chihuahua to a german shepherd or greyhound, there are tremendous differences in gaits from breed to breed because of variations in size and structure.

Out of the entire animal kingdom, no other species has as many genetic variances as our canine companions. And that’s what makes their gates so unique and interesting.

Understanding and Identifying Your Dog’s Gait

Canines can display six distinctly different gaits: walk, trot, pace, amble, gallop, and canter. The gaits can also be divided into two categories. Asymmetrical gates happen the movements on each side aren’t the same, while symmetrical gaits happen when the sides mirror each other.

Your dog’s gait can change for a number of reasons, including terrain, experience, confirmation, training, health status, level of fatigue, and even emotion. Let’s take a look at the characteristics of different dog gaits.

Much like humans, the walk is the tiring of all the different dog gaits, but that’s where the similarities end. When a dog is walking, three of his feet are on the ground at the same time.

The dog walk is a four-beat gait with a sequential pattern: the left hind leg steps forward, followed b the left front leg. Then, the right hind leg, followed by the right front leg, and so on. The neck and head lower when the front legs swing and raise when they’re put down.

A dog who is pulling a load, such as a sled dog, will power walk with shorter, slower steps. They’ll keep their head down the entire time and shift their center of gravity forward to allow their front legs to assist propulsion.

Amble is a symmetrical gait that dogs use to transition from walking to trotting. The legs on the left side move as a pair, followed by the legs on the right side. There are always two feet on the ground on the same side, but the rear lands second or two after the front.

Pacing is actually considered a fault for most show dogs. This gate is relaxing and shock absorbing and is most common in dogs who are overweight, large breed dogs, or fatigued dogs and puppies. Over time, most puppies will transition from a pace to a trot as they develop.

When a dog is pacing, his two right feet are on the ground while his to left feet are in the air, and vice versa, much like the amble. However, the pace is faster and both feet hit the ground at the same time.

Trotting is faster than walking but not as fast as galloping. For dogs, it is their most efficient gate. Trotting is an asymmetrical, two-beat gait where the legs are lifted diagonally, meaning the right front foot is lifted with the left rear foot, followed by the left front and the right rear. For just a moment, all four feet of a trotting dog are off the ground at the same time.

Canter is much more common in horses than dogs, but you may occasionally see a dog lead off with his left or right front foot. This three-beat gait is used by dogs traveling long distances because it conserves energy and it’s very smooth.

The pattern involves one hindfoot moving forward with the along with the other hindfoot and its diagonal front foot, with the front foot switching on each step.

Gallop is an asymmetrical gait and it’s the fastest one of all. All four legs come off the ground at once. A single suspension gallop is most common, and it’s a four-time gait.

However, sight-hound breeds, such as the greyhound and whippet, perform a double suspension gallop. This is the only gait where a full extension of the front legs and rear legs occurs at the same time. It’s fast, but it can’t be kept up over long distances.

Dog Trotting vs. Pacing: Why You Need to Know the Difference

Dog trotting is a natural gait that’s kind of like a human walking and swinging their arms naturally. If you were to walk and swing your arms so that your left arm comes forward at the same time as your left leg, followed by your right arm and right leg, you would notice a huge difference in the muscles that support your spine. That’s how a dog feels when pacing.

Pacing isn’t normally used for long periods of time, so if you notice your dog doing a lot of pacing, it may indicate one of the following issues:

Pacing is not usually a dog’s preferred gait. If you notice your dog pacing often, consult with your vet to see if there’s an issue that should be addressed. Becoming familiar with your dog’s natural gaits is a great way to catch potential problems early.

The 6 Most Common Dog Parasites »

Anna is a full-time veterinary technician with more than 20 years of experience in the pet care industry. She resides in Upstate New York with her hubby, daughter, and a menagerie of fur-babies. 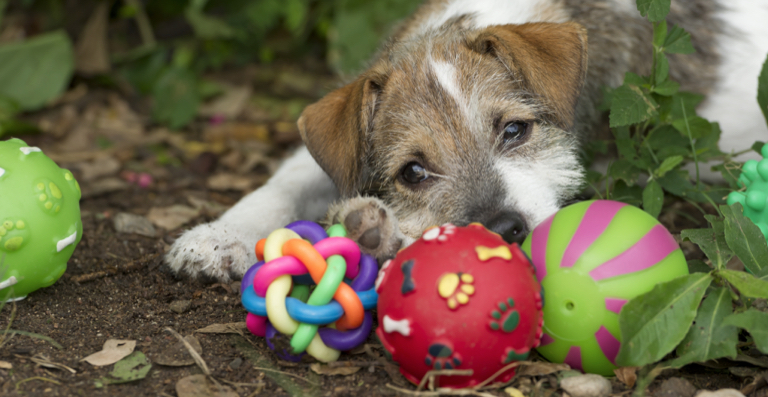 7 Questions to Ask a Dog Trainer Before You Hire