7 Reasons Why Pet Owners Should Microchip Their Puppy 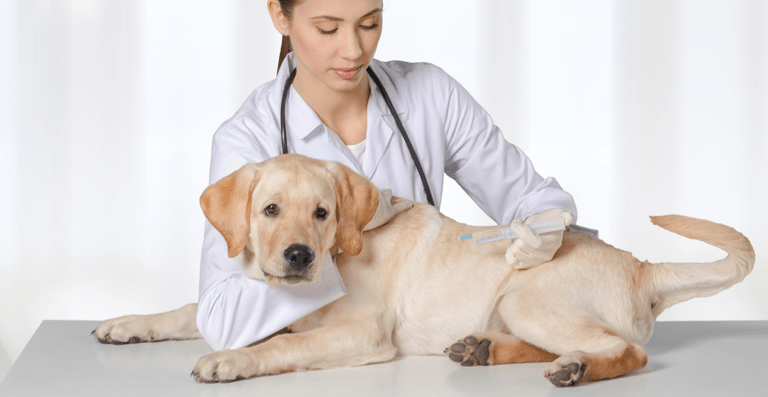 It can be argued that microchipping is a controversial topic, but there are a large number of benefits with it. In every day it’s nice to know that your pet is safer compared to others that aren’t microchipped, which has helped thousands of lost or stolen pets become reunited with their loving and the right owners. We take a look at why every pet owner should microchip their puppy!

What Do the Stat’s Say?

When we look at this on a wide scale, it is currently predicted that about 10 million pets go missing or are stolen each year. This is an alarming figure considering that for a small fee an owner could get their animal microchipped to ensure its safety.

What is a microchip?

A microchip places a chip the size of a rice grain into the animal. Prior to the microchip being placed into the pet, a trained vet or alternative a breeder will find out whether there is a microchip in place. Once of course the vets or breeders have found there isn’t a chip currently in place, they’ll inject it into the scruff of your pet’s neck using a special syringe. So let’s see the reasons:

Even though you are unable to track the location of your puppy should they become lost or stolen, the microchip contains all of your information from the name of your animal to the owner’s contact information, the description of the animal and the vet or breeder that placed the microchip into them. If authorities such as the ASPCA find your dog, then can use scanners to immediately find out your details to reunite you with your pet in a short space of time.

2. It Doesn’t Hurt Your Dog

When it comes to placing the microchip into the animals, it is a painless experience even for the most fragile of puppies. In addition to the painless feel, your puppy does not need to be anesthetized once they undergo the process. Also, it’s a one of the procedure so once it’s inserted you’re sorted for its lifetime.

3. It Could Save Your Dog’s Life

Getting it chipped means that it increases the chances of finding your dog should it get lost or stolen. Reading the starting stat shows you just how come it is so if there is a way of preventing that, why not do it? If someone finds it, the puppy just has to be scanned and then it can be reunited with you as soon as it’s been taken in. 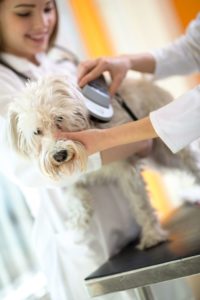 The dog is registered with your family name, so you’ll receive a registration certificate that says it’s yours and another certificate to prove that the microchip is valid – helping any veterinarian, or breeder access your information in the microchip.

5. Security in The Outdoors

When you first get your dog, you’ll be scared of letting it off of the lead in case it runs off. However, with a microchip, you can relax in comfort knowing that even if the worst happens and you do lose it, you’ll stand a much higher chance of finding it. You obviously can’t live in fear, so this just covers you for the worse and makes you feel better about those park outings!

6. It’s More Reliable Than a Collar

It helps to know that microchips cannot be removed. When it comes to collars or tags, they both can be simply taken off and removed, whereas a microchip isn’t going anywhere, so it makes it the much more efficient solution rather than your everyday collar.

7. It Is Beginning to Receive Global Recognition

Now that microchipping has become a compulsory legal in the UK and becoming increasingly common in the US and Canada, pet owners all over the world are reaping the benefits. Most countries are now beginning to follow the international standard, rather than leaving pets to be with unfit owners, or simply getting lost with no way of finding them.

No matter where you go, there will always be some that disagree with the microchipping process, especially when it involves their pet. However, the idea of a microchipping your dog, or a microchipped dog will continue to offer pet owners reassurance in an everyday life.

Veronica Pembleton is a freelance writer and research journalist, who specializes in a number of core areas, including animal protection, rights, and law. With a love for animals, Veronica used her Journalism degree to gain access to a number of related cases and contacts, where she was able to build her portfolio of feature articles.